There are so many interesting facts about this planet!
Let’s learn with facts about Neptune for kids! 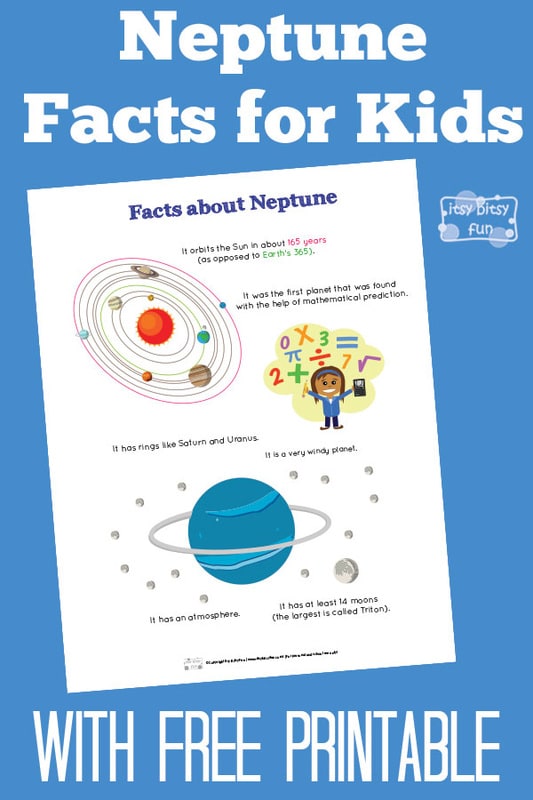 We went through the solar system facts for kids the other day and now it’s time to take a closer look at the 8th (and now since Pluto is no longer a planet the last) planet in our solar system.

As most other planets this “little” ice giant got it’s name after a Roman good (like most planets in our system) of the sea (you know the grandfather of King Titan, Ariel’s father). 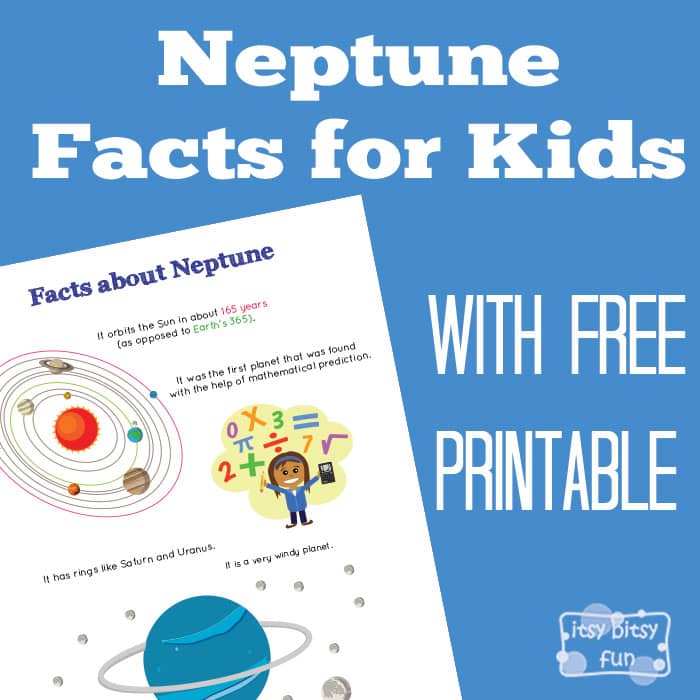 Let’s learn something the last planet in our solar system shall we?

Free Printable PDF with Neptune Facts
Reading the facts is one thing (and it can be sufficient if your kid is a reading type) but visualising things can be even better. That’s why I’ve created this fun printable with all the facts illustrated to help kids “learn” about them.

Get the printable fact sheet here