There are so many interesting Killer Whale Facts for Kids!

Let’s learn with facts about killer whales for kids!

“Learning” is a lot easier with fun facts for kids – super easy to remember and they can even make a great conversation starters for kiddoes.

When it comes to this large marine mammal I do have a small confession to make. Although this was (and still is on of) my favorite marine animal as a kid I did not know these majestic swimmers are dolphins.

I assumed they are whales (logic would state if an animal is called a killer whale that it be a whale right?).

Though they kind of are whales… And dolphins…

Let’s learn something about orca shall we? 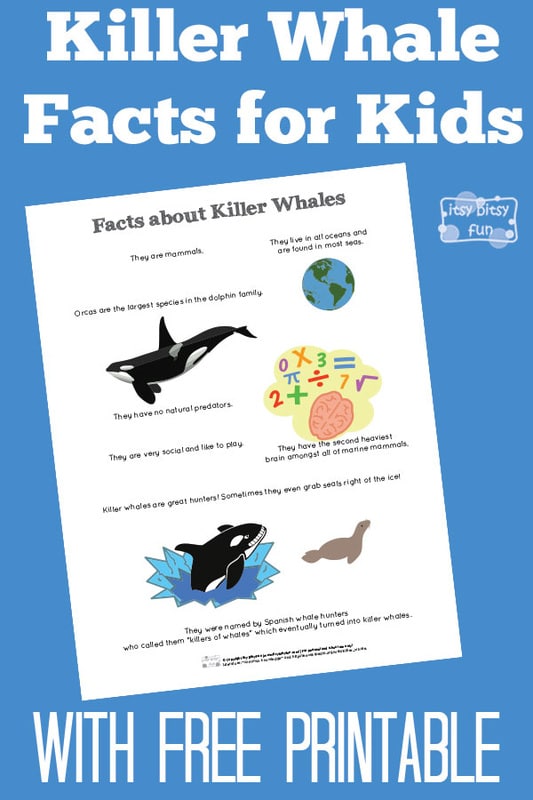 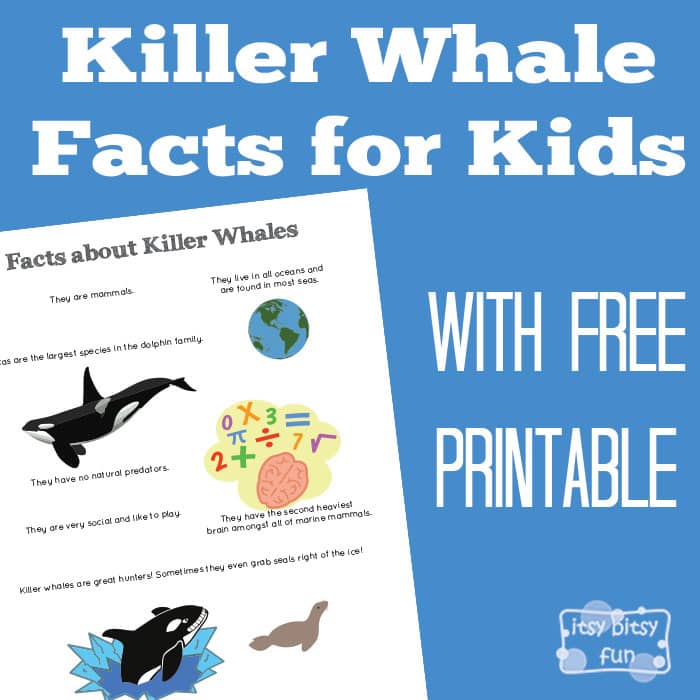 Get your free printable PDF with Killer Whale Facts here.