Have fun with petopoly or create your own monopoly like game with a free blank board template.

I’ve been toying with the idea of making a few board games as free printables as I reckon many of you could find a good use for them and where better to start than with my favourite. 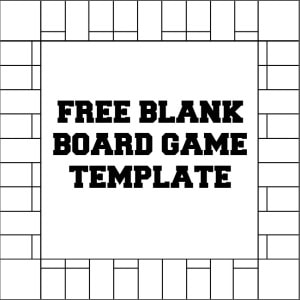 Who wouldn’t want to make their own Monopoly like game? This blank board game template will help you make your own board game.
This would also make an excellent school project.
blank-board-template

Now this is a work in progress, some details still need to be worked upon (the second utility building is missing for example) and I still have to work on my paw and bowl cards and what to write on them.
Until the project is fully finished I used the same values for my “properties” as are on the actual game so you could use the standard treasure chests and chance cards to play my Petopoly:) 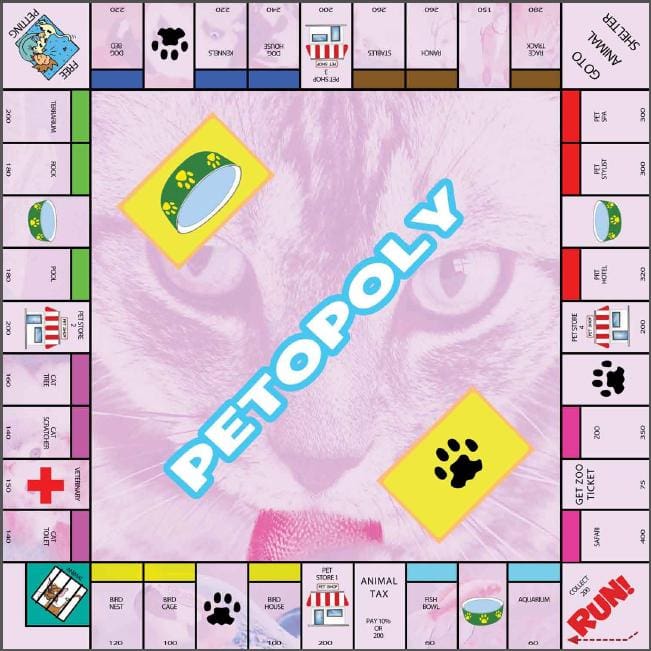 MAKE YOUR OWN MONOPOLY GAME

While the template will be just fine for your own enjoyment if you want something to wow others you can actually order a custom made Monopoly game!
How cool is that. I’m already thinking about this as a Christmas gift, you could use family photos to make a nice personal gift for others.
Check it out at their official site – https://www.mymonopoly.com/