Skip to content
I was in my first grades of elementary school when Pokemon first appeared and they were an instant hit (today if you match Pokemon and Rainbow Loom you have a double hit ha!). We were pretty much obsessed with them – played the trading card game, watched TV show, had tournaments on Game Boy… Ah brings back memories! It’s so great to see something so awesome to still be popular with kids today. We decided to catch them all (ehm loom them all, well not all but certainly a few!) so here they are along with tutorials we used to make them! 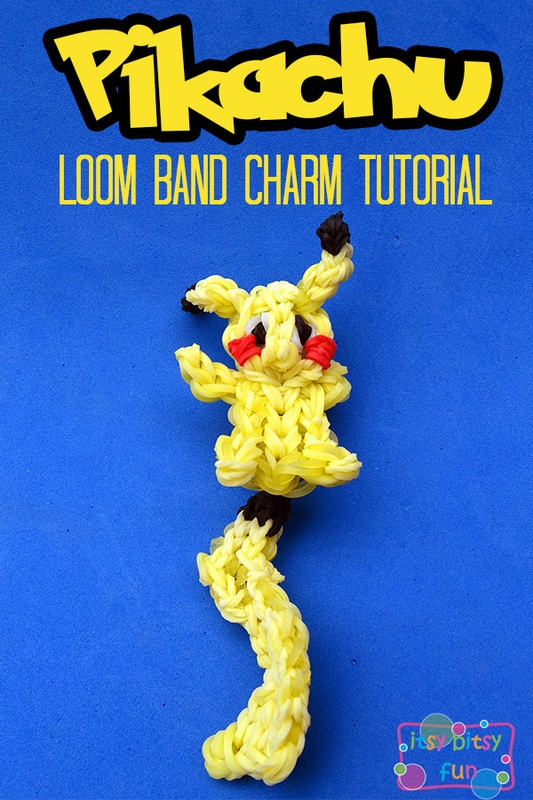 I really think there is no other way to start the Pokemon Rainbow Loom collection than with Pikachu!

Most of the time this one was pretty easy to make as most of the project requires you to just do simple looming (tear-drop) without much tension – there’s only a bit tension in the neck area and when you attach the ears and arms.

This tutorial from DIY Mommy is really easy to follow and out of the few Pikachu Rainbow Loom tutorials out there I liked this one the most. And so my little Pokemon came to life!

See? It was super easy and fun to make! Eyes on my little Pokemon didn’t turn out as well – I think I managed to mess it up a bit even though the instructions were sooo simple (that is so me). Other than that I can’t wait to make more (you know “gotta’ loom them all”) and next in line is Charlizard (already in the making yay). 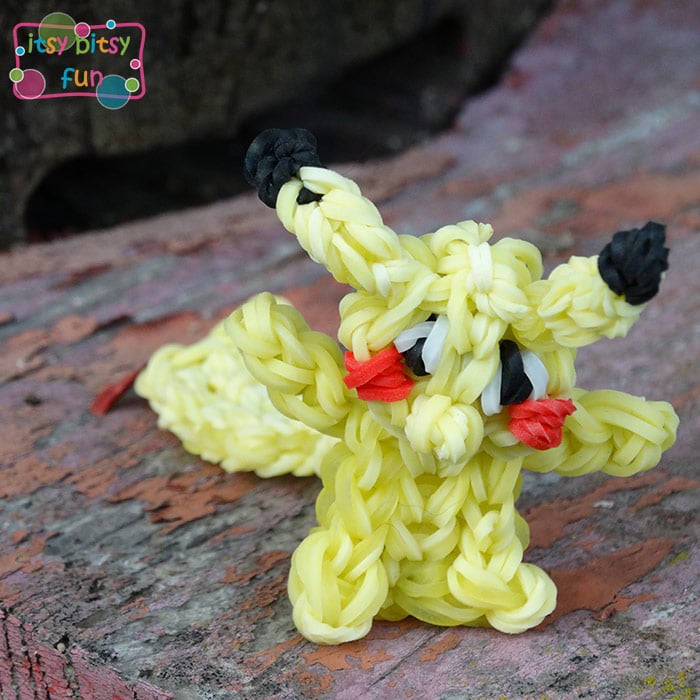 This is my second loom project (I’m a late loomer ha!) and let me tell you – this girl is hooked! I made a Rainbow Loom Pumpkin a week or two ago – you know as Halloween approaches and it was instant love.