Skip to content
I loved, LOVED, Disney’s Frozen and the movie has given me the chance to finally give my mini doughnut maker a good use (it was an impulsive buy a few years ago and was mostly collecting dust ever since). 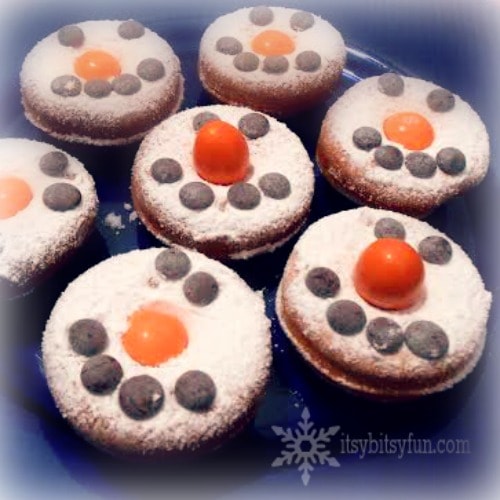 I bought the mini doughnut maker as I thought it was cute and inexpensive and as with all other impulsive buys I was certain I will be using it a lot – I mean mini doughnuts are fun aren’t they? Well they trully are but didn’t reap as much success as I would hope with my family and as making them is a bit more time consuming than making regular pancakes or waffles so we just stuck with these most of the time.

But just every now and so often an opportunity arises to call upon the powers of a mini doughnut maker!

I’ve made these doughnuts using traditional pancake recipe with just a dash of yoghurt for extra freshness.


You can also add sugar and vanilla extract if you like.

First I used powdered sugar to make all the doughnuts white (I should have used white glazing or white chocolate here!). Then I used M&M’s and Skittles to make the noses and chocolate chips for eyes and mouth. While the noses worked out great and were nice and secure the chocolate chips were pretty loose – I ended up using butter cream as “glue” but they still didn’t stick all that well and that’s why I suggest using white chocolate glaze instead of powdered sugar.