Skip to content
Do you have fairies in your garden or in your house? We do! And it’s only fitting we make a few fairy houses for them (and I admit I could make these all the time!) 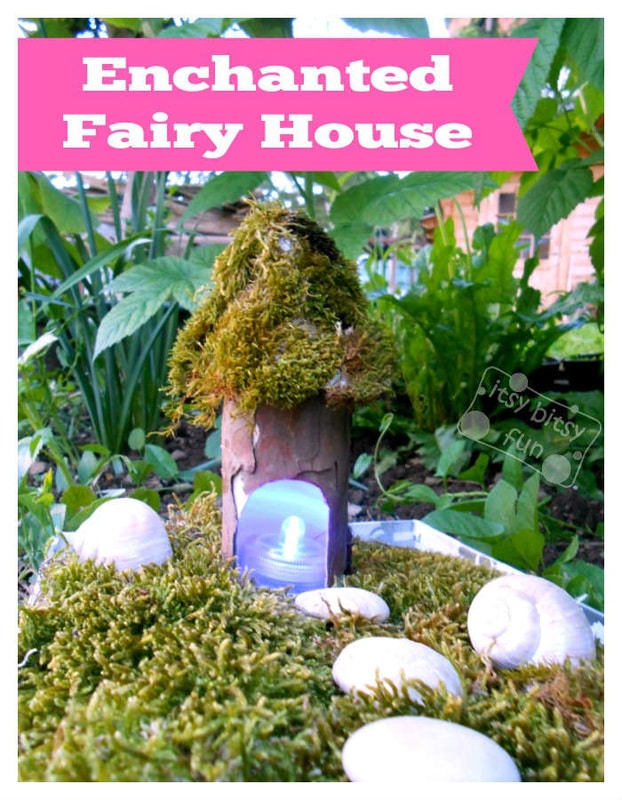 There are many, many different ways to make housing for these enchanted beings but using natural materials is by far the best! So every project like this first has to start by taking a long walk in the nature gathering materials to be used and boy can you find some great things! 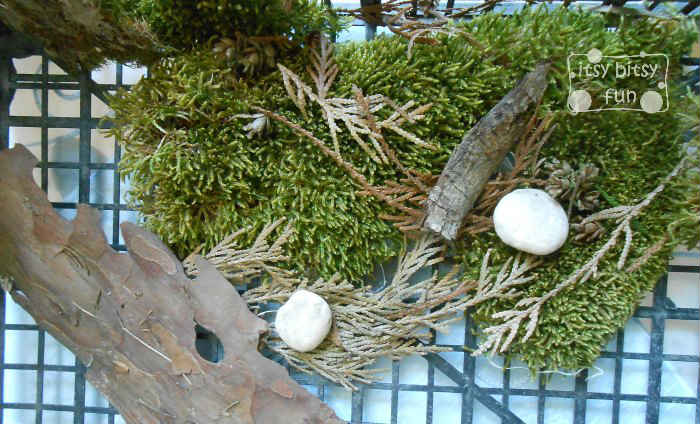 We gathered lots of moss, some super thin and regular bark, pebbles, twigs and snail houses. Lots of potential. 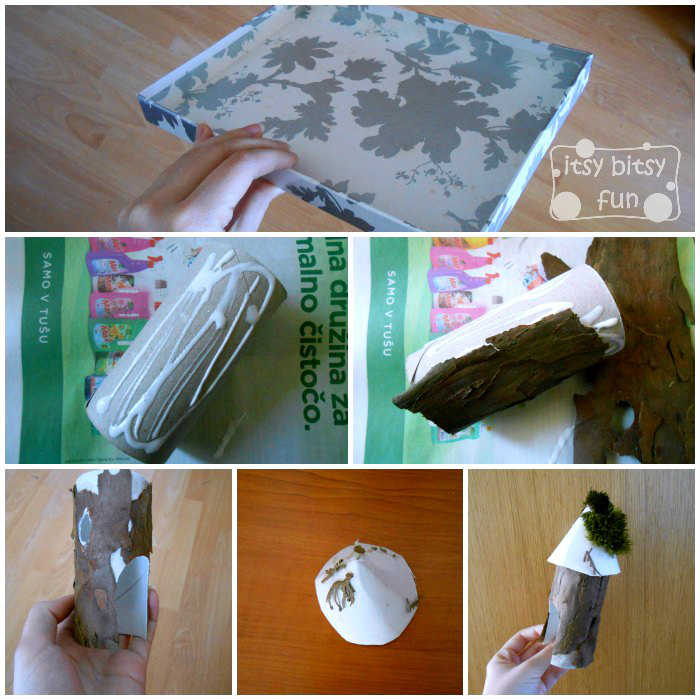 As we’re using a toilet paper roll as a base and cardboard as a base for the roof this will be an indoor house – that’s why we also used a cardboard lid (it’s from a gift box but shoe box lid would be good as well). The end creation makes a pretty tabletop decoration.

Start by placing the moss in the lid covering it completely.

Once that is done make a roof – we did it out of cereal box. We wanted to cover it with twigs but they didn’t twigs so we decided to make a moss roof which turned out great (probably even better than the twig one would).

Place “stepping” stones on the moss in the lid and if you have one do add a led light (to be inside the house – it will make it magical!). 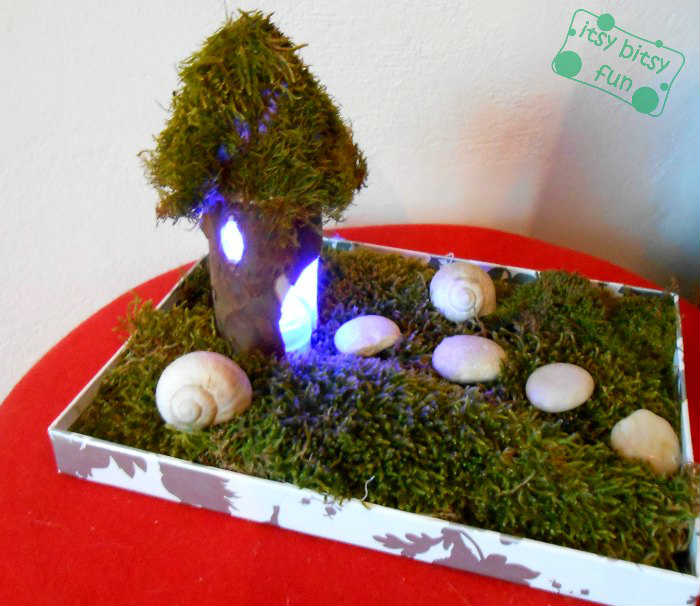